After the record winter of 2018/19 in the Alps, additional temporary avalanche protection measures were installed in many places this summer, and the latest detection systems were installed. Impressive projects have been implemented around the world and upgraded for the upcoming winter season 2019/20. The first large amounts of snow in November 2019 in South Tyrol once again showed us what nature can do in a very short time.

With the 24/7 monitoring of a total of 134 avalanche paths on Trans Canada Highway # 1 – the most important traffic axis in Canada – the avalanche detection network at Rogers Pass is the largest and most unique avalanche detection network worldwide. Since the installation of all systems this November 2019, a total of  200 avalanches have been detected, and more than 110 of them at night and the rest mostly during storms and snowfall. These events took place during 4 avalanche cycles.

The aim of the project is to reduce road and rail closures and to make the roads safer in the winter months. With the visualization of all this data on only one single platform with WAC.3® operating software, the avalanche commission in charge can react within a very short time. Road closings can be reduced to a minimum and the situation can be assessed immediately – whether at night, during poor visibility or snowfall, without being on site yourself.

More information about the project:

A recent article from NZZ:

A recent article from CBC Canada:

Never before have so many road safety projects been implemented in Austria as this summer 2019. Due to the massive snowfalls over longer periods last winter and the resulting road closures, several road safety projects were implemented this year. In addition to the well-known benefits of the Wyssen avalanche tower, modular extensions were increasingly used in these projects to adapt the system perfectly to the additional requirements of operators and avalanche commissions.

In the municipality of Altenmarkt, the new Wyssen avalanche tower to secure the access road to the Zauchensee ski area has been equipped with a LIA® laser scanner, for example, to determine the depth of snow in the avalanche release area and a signal horn to warn of impending explosions. Warning signs at the entrances to the danger zone indicate the importance of the blasting signals. The need for blasting can be better estimated through the extensive information on the new snow depth due to snowfall or wind drift. In WAC.3® Cockpit, the sensor data is clearly summarized together with other important information for the situation assessment and the user’s information request and the measures taken are automatically documented by the system.

While in Europe the winter begins, in Chile it is summer time

More information about the project: 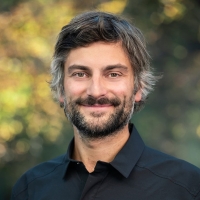